Easy to use voting advice application – create your own election compass. Free and open source. 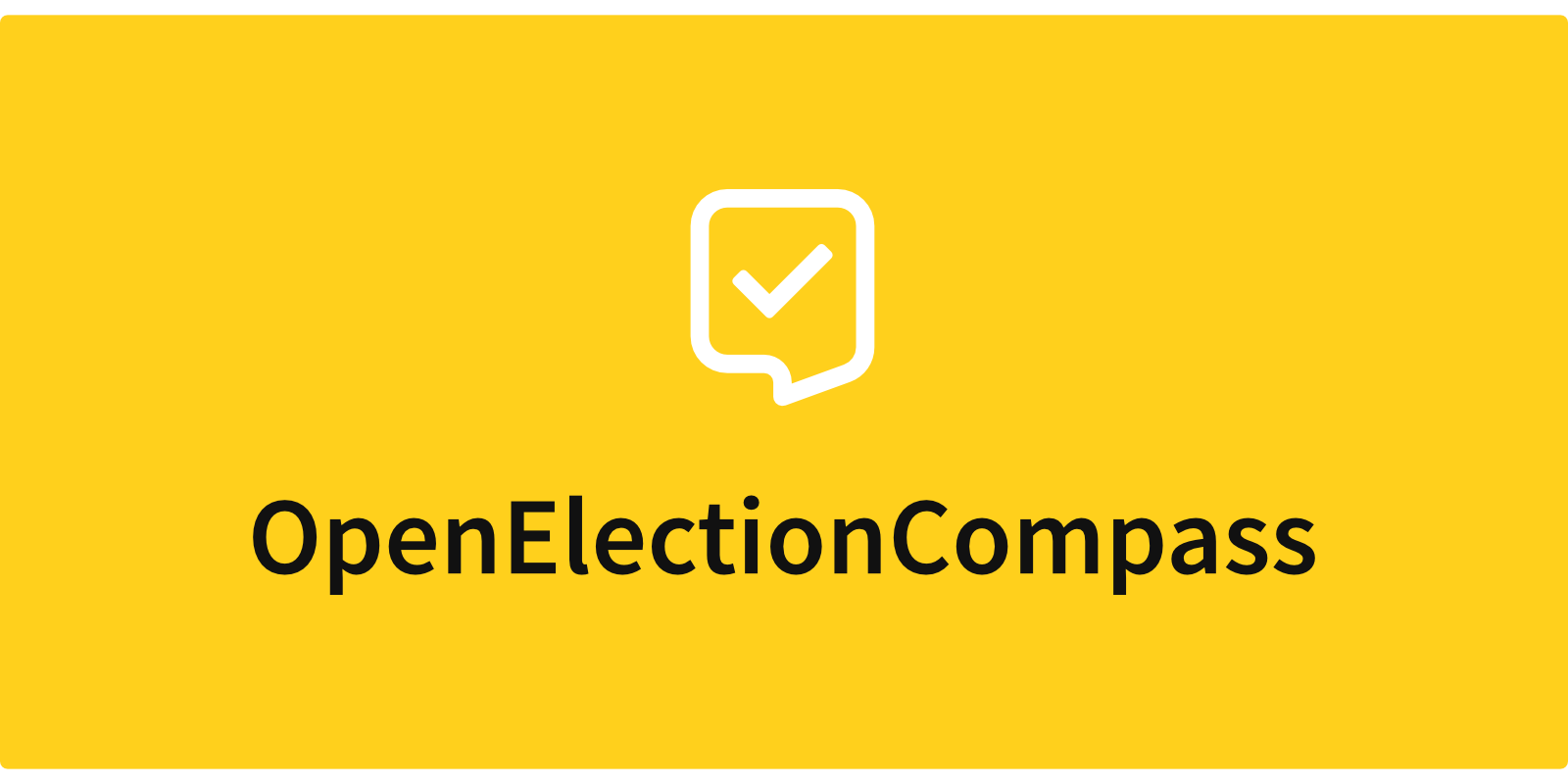 Version 1.0.0 is still under development and coverage of automated tests is not complete. It can already be used in production. Sign up for our newsletter to stay in the loop. Join us on GitHub Discussions for technical support, questions, feature requests and chatting.

Organisation Guide: How to run your own election compass

Learn how to run your own election compass, how to come up with and validate theses, how to approach parties and how to attract the attention of the public from our Organisation Guide.

Learn how the configuration files of the OpenElectionCompass are structured in our Technical Guide or take a look at the easy to use Configuration Editor to generate configurations without needing any coding skills.

Deployment on your own server

Currently, it is only possible to deploy OpenElectionCompass on your own systems. However, the process is relatively simple to be accessible for people with limited coding skills, thanks to our HTML Generator.

Learn more about deploying the OpenElectionCompass on your site

Install the project and it's dependencies using the package manager of your choice:

Compile for development with HMR

Compiles and minify for production