What is the FSK?

FSK is a set of helpers and tools to help building NgRx feature stores for lazy-loaded libraries.

What is it based on?

How to use it?

Today you can choose how you want to integrate the FSK in your own code.

The traditional way: by your own bare hands.

This means you have to add all configuration needed inside your module, and implement all you need (state, reducer, structure, effects, etc…)

This will be necessary if you have to implement it inside an old module.

But if you create a new fresh module, we recommend you to use our schematic !

This will create you the entire module customized for your needs.

Let’s see that more in details

With the Mondosha1 library schematic

We recommend you to use Nx Console for VSCode or for Webstorm when you want to use our schematic. This tool provide you a nice UI and let you check a dry run version of what you will generate with the schematic.

Let’s see what you have to to generate your FSK library.

As described by the gif below, first go to generate → library .

The only mandatory information is the name of your library. 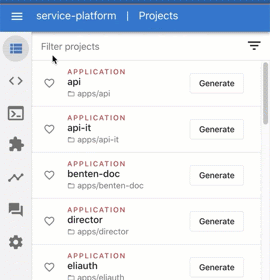 Now let’s see in details what options you can use in order to customize your new library. 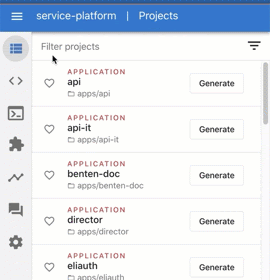 With your little hands 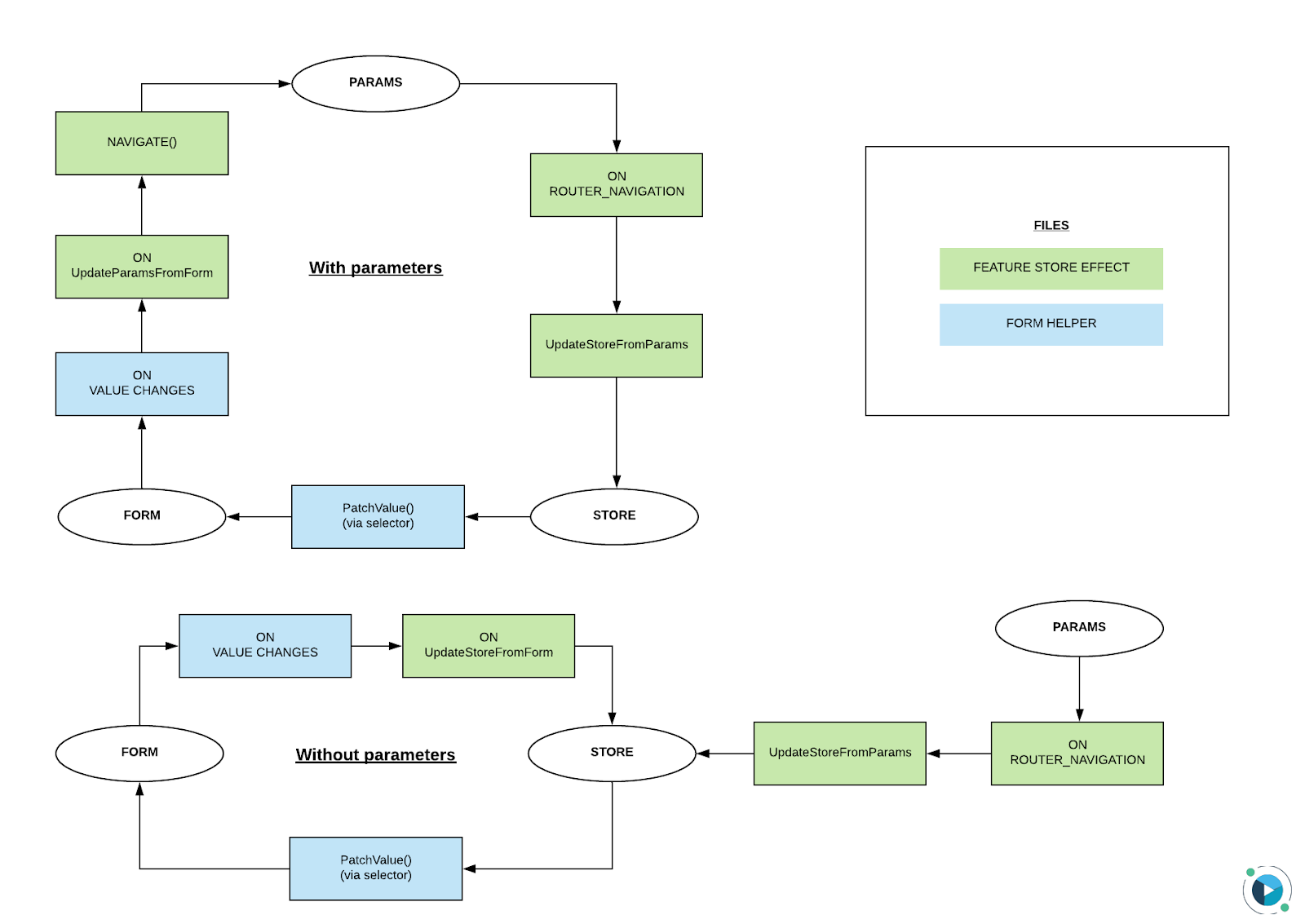 FSK provides an Angular Module named FeatureStoreModule which is given a configuration object.

The structure is used for form groups, arrays and controls generation on the one hand. And it’s used for router params parsing and formatting in the other hand.

The format of the structure is opinionated and is presented as a TypeScript interface.

Why don’t we use the format of controls configs from the Angular Form Builder?

Because, we want the structure to be serializable in order to possibly retrieve structures dynamically, from HTTP requests for example.

Controls configs are not serializable as they may contain Angular validators which are functions.

Why don’t we use a JSON file following the JSON Schema specification?

The main benefit of a plain object is that it’s strongly typed. Interfaces and types describe how should be declared the structure. Same types are used by the structure helper in order to generate the reactive forms. But we could handle a JSON schema format additionally for dynamic structures retrieval.

Depending on the given structure, a reactive form will be generated with form controls, form arrays or child form groups.

Default values of form controls are handled by the NgRx initialState and are not duplicated in the structure to keep DRY.

See the part To complete

Form controls are declared in the structure

It is also possible to generate child form groups, for example for structuring the store into sub-parts or into split smart components. To achieve this, the structure part corresponding to the child form group should also be an object where each key is associated a form control to.

In the example below, engine is a child form group of the structure where name and cylinders are controls of the child form.

Controls are always leaves of a form group. In this way, it can be declared:

For array of complex types, a form array will be generated instead of a form control.

Array of complex items will generate Angular Form Arrays where each item will be represented as a form group with associated controls, following the item structure.

Array of objects do not always need to be represented as an array of complex types. A form control of type object may be sufficient.

To conclude, it really depends on the need to edit or not values of the array items themselves.

Structure validators are serializable and used for Angular Forms generation only.

There are two kinds of validators:

To remain serializable, the angular validators are declared as string in the structure.

A string enum helps retrieving them.

Validators requiring parameters (like maxLength) can be declared using a plain object:

Like standard Angular Form controls declaration, several validators can be given.

Sometimes, you want to apply your validator only for some use cases. For that, you can use the condition property for a validator definition. This one accept formulas.

Formulas are a way to validate a form control using an expression as a string (still serializable) in the same manner as we write formulas in Excel.

It uses the amazing Javascript Expression Evaluator (or expr-eval) library for formulas parsing and evaluation. Formula expressions accept either values, arithmetic or logical operators, and functions. Each property of the feature store state is available as a value and the list of available functions can be read below.

An should evaluate to a boolean value and is accompanied by an error message which will be displayed if the expression evaluates to TRUE. In other words, the expression can be read as “What should throw an error?”.

Below are the set of functions are available in formulas.

The Angular form is tightly coupled to the store. Every change in any field of the form will trigger an update of the corresponding field in the store.

The form updates the store in two different ways depending on the chosen FormUpdateStrategy.

To trigger params or store update, a subscription to the valueChanges observable provided by the form is used.

To avoid leaks, the subscription should be cancel when the component handling the form creation is destroyed, that’s why a takeUntil$ prop should be fed and correspond to an observable which completes at the component destroy.

It is possible to give a custom formatter function to store values which differ (a bit) from the values returned from the form.

The example below store the foo property as a number while the form field returned it as a string.

It is also possible to get the previous form value in order to compare them and by the way, format the data differently.

Once validation asked, the form marks all its controls as dirty (which usually shows form fields errors if they have) and call the submit action. This action is responsible for checking the validity of the form (thank to the corresponding metadata) before triggering any user-defined side-effect stream.

The last responsibility of the form is to listen to the store changes and update the corresponding form fields. Only the fields specified in the structurePathsForForm property are updated (an empty array or no property given will whitelist all the structure).

Such updates also work for Angular FormArrays and will create or remove items depending on the changes made in the store. This is a tricky part of the form update as Angular does not help us a lot (mutability, event emitting, etc).

Why is a form array created while I expect a simple form control?