Bump is here to save you time. These are all its commands, which you can also call manually individually:

Some other notable features:

It currently only supports Git, and it better supports JS projects. PRs for improving support of other stacks are very welcome. 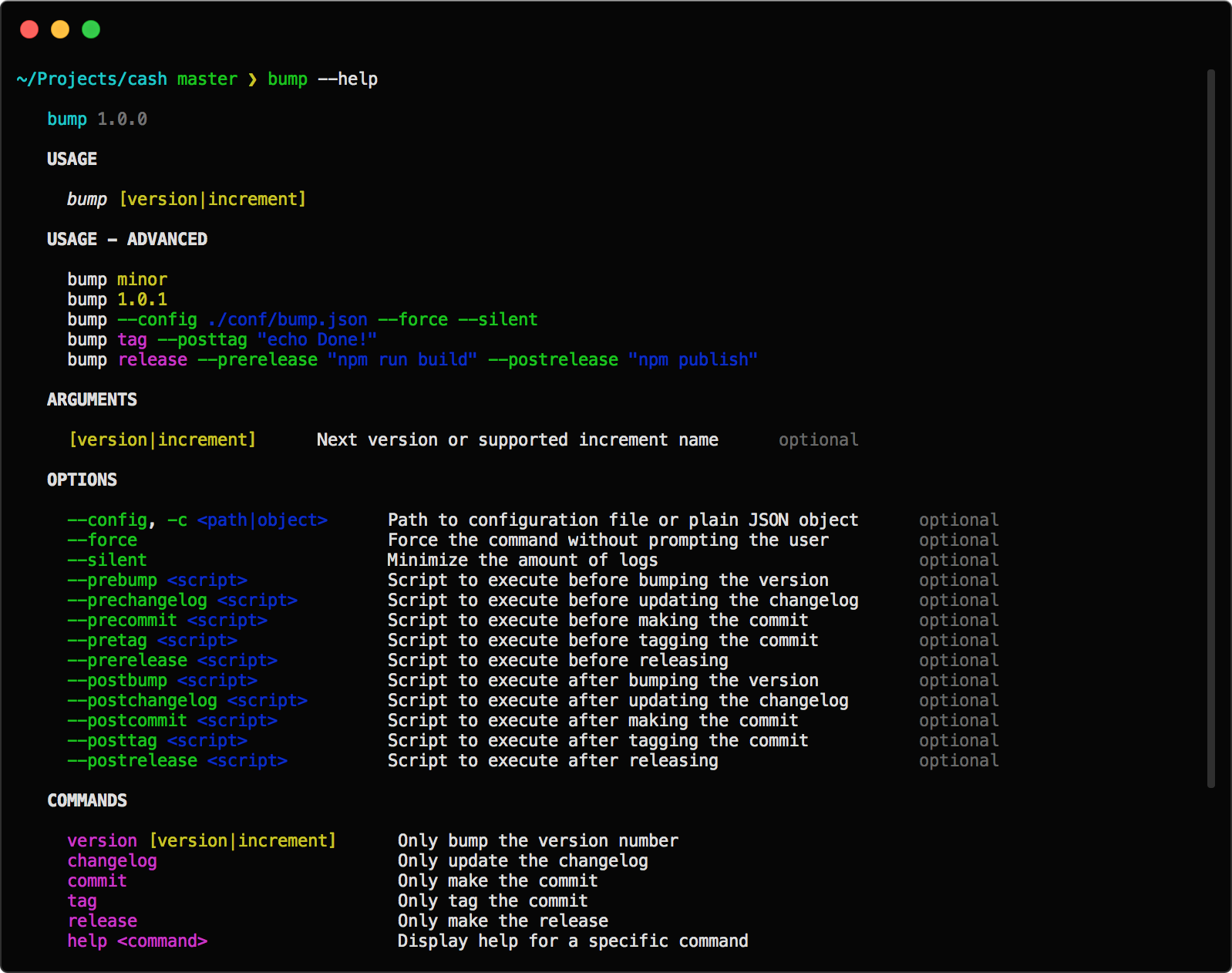 You can override them in multiple ways:

Check out cash's bump.json as an example.

When running bump without explicitly providing a command all the enabled ones are executed.

If for instance you don't want to tag your bump commits you can disable the related command by setting tag.enabled = false.

All commands except release are enabled by default, I recommed you to check if everything is correct, review the changelog manually as some commits shouldn't be put into the changelog, and then make the release manually with bump release.

If you want to review the changes manually, and you want to publish the release to GitHub, I recommend disabling the tag command, as it's already handled by GitHub and amending the bump commit would become a bit more annoying.

Bump uses templates for generating the strings it needs. Inside those templates you can put tokens, which will be replaced with some value.

A token has the following syntax: [token], and it will be replaced with some value.

Here's a list of all the available tokens, notice that not all of them are available for every template, for instance you can only use the [hash] token for the changelog's commit template:

If you want to update the version in arbitrary files you'll have to populate the files setting.

For example this is what the setting may look like if you want to bump the VERSION key of an object inside the file custom/file.js:

Basically each key defined in the files setting is a path relative to the root of your project, the first item in the array is what will become a regex that will match the string to replace (it's important to wrap the actual version string in a capturing block), the second item in the array is the string that will replace the matched one (notice that the [version] token will be substituted with the actual version) and the optional third item is the regex flags to use (the default is gmi).

If you need to bump more than one version in a single file, using different regexes, just provide an array of arrays instead of a single array.