This package gives you a block with columns. Each column is its own separate blocks container. 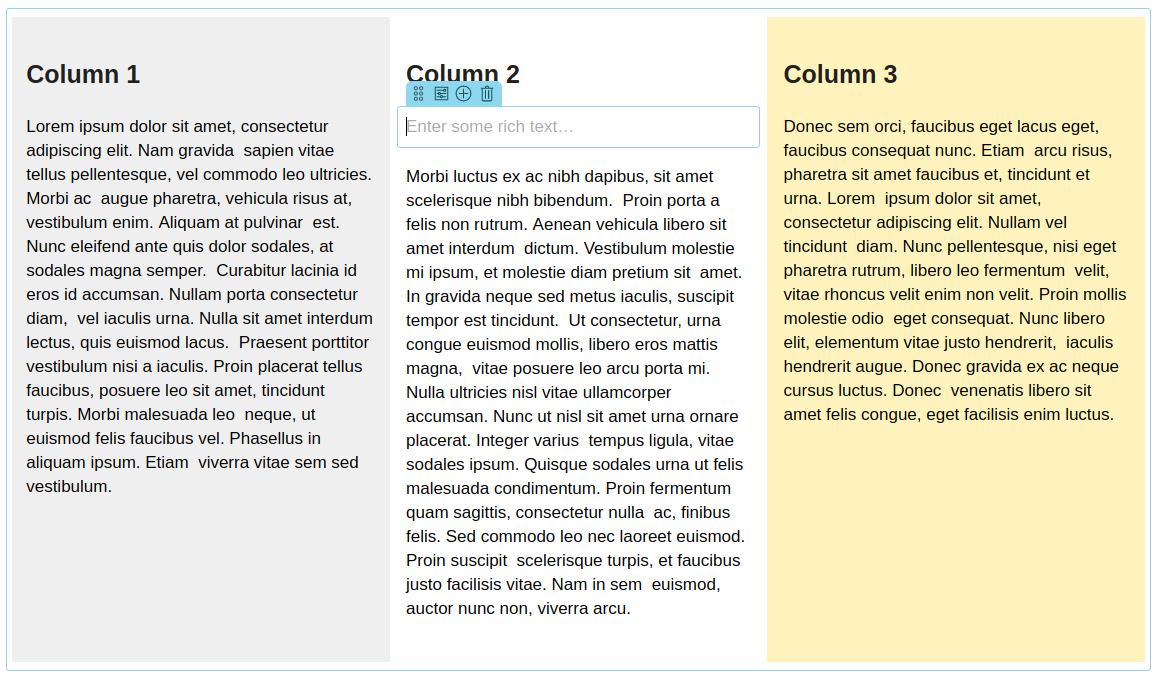 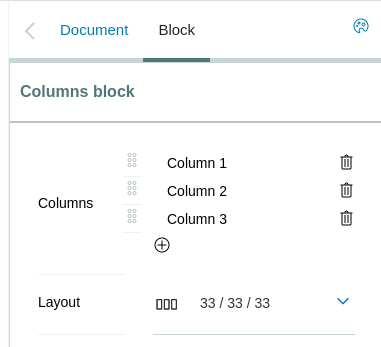 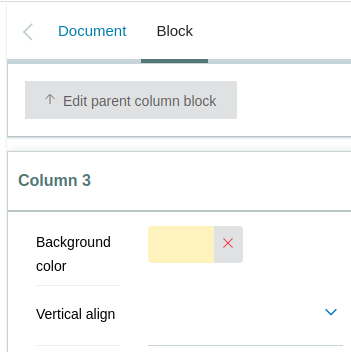 Add volto-columns-block to your Volto project

Installation and configuration of release-it

You need to first install the release-it client.

Release-it uses the configuration written in the .release-it.json file located in the root of the repository.

Release-it is a tool that automates 4 important steps in the release process:

To configure the authentification, you need to export GITHUB_TOKEN for GitHub

To configure npm, you can use the npm login command or use a configuration file with a TOKEN :

Automatically calculates and presents 3 beta versions - patch, minor and major for you to choose ( or Other for manual input).

Generic command, does not automatically add the beta to version, but you can still manually write it if you choose Other.

Do not use release-it tool on master branch, the commit on CHANGELOG.md file and the version increase in the package.json file can't be done without a PULL REQUEST.

Do not keep Pull Requests from develop to master branches open when you are doing beta releases from the develop branch. As long as a PR to master is open, an automatic script will run on every commit and will update both the version and the changelog to a production-ready state - ( MAJOR.MINOR.PATCH mandatory format for version).

The Initial Owner of the Original Code is European Environment Agency (EEA). All Rights Reserved.