Note: proprietary materials fall under different rules, per the LICENSE.

You will need to first install Node.js

Check this project out from source:

Next, inside the project, you need to install the project's various NPM dependencies:

And you should now be ready to spin up a development build of your new project:

A browser should open with a Minecraft Hour of Code test page displayed: 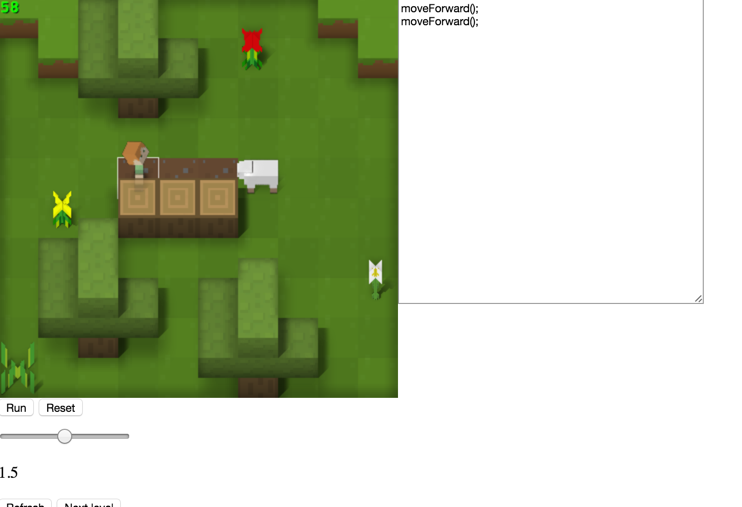 All of the files required to run the game live in the src folder, including any javascript, images, HTML (ejs templated), and CSS. When the default npm build task is invoked, these files are compiled to a dist directory.

Files in the dist directory will always be generated and excluded from Git by the .gitignore, as such these will removed without warning and should generally not be edited.

Display a list of all scripts that can be run with NPM. Notable options include:

The project comes with an unminified version of Phaser with arcade physics, this can be replaced if you require updates or one of the alternate physics engines.

You can install new npm-compatible libraries with:

Then require it in your code with e.g. import MyCoolTimesavingLibrary from 'My-Cool-Timesaving-Library'.

Raw vendor packages can be added to src/test-build-only and added directly to src/index.html.ejs.

If adding new libraries that aren't CommonJS compatible, you'll have to additionally update the Browserify shim configuration in our package.json.

We will try to follow the Airbnb ES6 styleguide.

Boilerplate based on the Phaser.js grunt/browserify boilerplate, which was based on 1 and 2.